IS A CONCEPT THAT HAS ABSOLUTELY NO FOUNDATION IN THE BIBLE AT ALL, EVEN THOUGH “THEY” SAY IT DOES.

Why is it so popular?

It’s popularity stems from the Idea that Christians are going to avoid the “great tribulation” and living under the AntiChrist.

Where did the whole idea come from?

6 For I am the Lord: I change not, and ye sons of Jacob are not consumed. Malachi 3:6

In the middle 1800’s a Scottish resurrection of Ribera’s theory surfaced. This laid the foundation for the modern day “Secret Rapture” ideas. A lady by name of Margaret Mcdonald in implicated in that resurrection, but it has been debunked. Interest waned for a while,  but seems to have gained popularity again in the mid 1900’s predominately amongst the doctrinally weak Pentecostal churches around today.

Needless to say, we are not one of them. Too many scriptural references contradict the theory altogether and it’s history is definitely against it. Anything concocted by the Catholic Church would have to be suspect right from the start.

There is not one antichrist but many, and we are not waiting for “The Antichrist”. The idea of the  antichrist is embodied in the above verse. It is just anyone that does not believe in Jesus the way the Bible say we should. Antichrists in reality existed long before the first appearance of Jesus on the planet.

The Jews were vehemently opposed to any Messiah that departed from their idea of what and who he should be. The Jew’s hope was that the Messiah would come and deliver them from the Roman occupation and restore Israel to it’s “rightful” place in the world political systems. The Messiah they got didn’t fit their plan, so there was a concerted effort to destroy him, which they pretended they did which is evidenced by their cover up of Jesus’ resurrection. The Jews obviously knew that Jesus had been raised from the dead, but because of their envy and jealously they tried to cover it up, and sadly still do today.

12 And when they were assembled with the elders, and had taken counsel, they gave large money unto the soldiers,
13 Saying, Say ye, His disciples came by night, and stole him away while we slept.
14 And if this come to the governor’s ears, we will persuade him, and secure you.
15 So they took the money, and did as they were taught: and this saying is commonly reported among the Jews until this day. Matthew 28:12-15

The image above depicts the true timeline of Daniel’s 70 weeks and is as God intended it to be understood. 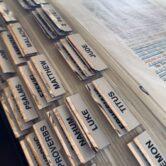 What is the Reality?

THE BIBLE IS ALWAYS RIGHT.

The Thesis of the Jesuit Francisco Ribera

Ribera wrote his commentary on the book of Revelation in 1590. In it he repudiated the idea that Antichrist was the Papacy. He set forth Antichrist as a man who would not appear until the very end of the age.

The reason for this is that during the time of the reformation the Catholic Church lost a lot of it’s power in the religious world as the “Protestant” movement gained influence. It was called the “protestant” movement  because it was a protest against the Roman Catholic system of biblical interpretation

In the decade of the 1820’s two professors, S. R Maitland of Oxford University and James Todd of Dublin University, resurrected Ribera’s thesis and both men put out a series of books supporting The Jesuit and repudiating the Protestant Reformers.

There have been other events which were substantially non scriptural that have been used as a weak supporting idea to prop up the secret rapture idea. there is an abundance of information on other websites available on the internet.

Suffice to say, the whole secret rapture theory is totally unsupportable from scripture and should be treated as being what it is, just another trick of the Devil to make people believe just another lie in a parade of lies to obscure the truth.

31 Then said Jesus to those Jews which believed on him, If ye continue in my word, then are ye my disciples indeed;
32 And ye shall know the truth, and the truth shall make you free.

2 For he shall grow up before him as a tender plant, and as a root out of a dry ground: he hath no form nor comeliness; and when we shall see him, there is no beauty that we should desire him.
3 He is despised and rejected of men; a man of sorrows, and acquainted with grief: and we hid as it were our faces from him; he was despised, and we esteemed him not.
4 Surely he hath borne our griefs, and carried our sorrows: yet we did esteem him stricken, smitten of God, and afflicted.
5 But he was wounded for our transgressions, he was bruised for our iniquities: the chastisement of our peace was upon him; and with his stripes we are healed.
6 All we like sheep have gone astray; we have turned every one to his own way; and the LORD hath laid on him — the iniquity of us all.
7 He was oppressed, and he was afflicted, yet he opened not his mouth: he is brought as a lamb to the slaughter, and as a sheep before her shearers is dumb, so he openeth not his mouth.

The Return of Jesus is going to be very visible and very powerful. There is no mention in the Bible of a secret event prior to Jesus’ second coming which would completely contradict God’s word that says, “No man knows the hour or the day”. If the church was caught up 7 years before Jesus’ return it would render the word of God meaningless and could never be trusted for anything it says.

29 — Immediately after the tribulation of those days shall the sun be darkened, and the moon shall not give her light, and the stars shall fall from heaven, and the powers of the heavens shall be shaken:
30 And then shall appear the sign of the Son of man in heaven: and then shall all the tribes of the earth mourn, and they shall see the Son of man coming in the clouds of heaven with power and great glory.
31 And he shall send his angels with a great sound of a trumpet, and they shall gather together his elect from the four winds, from one end of heaven to the other.

5 And from Jesus Christ, who is the faithful witness, and the first begotten of the dead, and the prince of the kings of the earth. Unto him that loved us, and washed us from our sins in his own blood,
6 And hath made us kings and priests unto God and his Father; to him be glory and dominion forever and ever. Amen.
7 Behold, he cometh with clouds; and every eye shall see him, and they also which pierced him: and all kindreds of the earth shall wail because of him. Even so, Amen.
8 I am Alpha and Omega, the beginning and the ending, saith — the Lord, which is, and which was, and which is to come, the Almighty.

There is absolutely not going to be anything secret about Jesus’ return to this planet or his gathering of the saved to meet him in the air to return to Jerusalem to begin his reign on the earth.